How an Outward Bound Experience Inspired a Lawyer to Partnership

Some might be under the impression that outdoor pursuit courses are for adrenalin junkies or people who are attempting to find their inner self or perhaps having a midlife crisis. However, nowadays they’re increasingly tailored to meet the needs of professionals and leaders working in stressful corporate environments.

Sarah Scott, a partner at Simpson Grierson in Christchurch, has been practising law since being admitted in 2007. Before she made partner, Sarah completed what is now known as the Outward Bound Professional, a five-day course that involved building on and utilising a range of outdoor survival skills, including navigation and leadership.

There was no social media, no online access or cellphones, and no contact with work. It was back to basics immersed in nature. As she explains, the experience in 2014 at Anakiwa at the head of Queen Charlotte Sound in Marlborough has filtered into and influenced many aspects of her professional life.

Reflecting on the experience

“The course was certainly designed to challenge our thinking on leadership: how to lead, how others respond to different leadership styles, and also how you conduct yourself in a team,” she says.

Sarah’s outdoor experience involved being part of a group of people from all walks of life and various career backgrounds. They’d all come to the course through encouragement from their respective workplaces.

Sarah’s fees were paid by Simpson Grierson. She wasn’t intimidated by the physical demands of the outdoor side of the course as that’s an environment she is confident in. But there were plenty of mental challenges to overcome.

“You’re working with team members, who are one or two-day-old friends. They’re opening up on some pretty tough personal issues and sometimes seeking guidance on these issues,” she says. The unpredictability also took time to get used to, yet time wasn’t in abundance and she had to adapt quickly.

“We have no idea what you are going to do next from the moment we met everyone at the Picton ferry terminal. There were times when we were literally heading to bed at Anakiwa, when we were then told to pack a couple of days’ worth of gear and food in our backpacks, given a point on a map to tramp to and camp under a couple of tarps, and be packed up and ready to leave at 6:30 am.”

She loved the adventures. But having no idea or input into what came next was very much outside of Sarah’s normal professional life at the law firm.

“In my job, I have a team and clients who have expectations and deadlines. You need to be organised. Although very few days at work generally happen as planned as clients’ and team needs generally come first. But you do tend to have some control over it. So not knowing what was coming up next at Outward Bound was hard but about halfway through the course I was loving it and the digital detox was just awesome,” she says. Everyone in the group had very different skill levels and strengths. Some people, for example, were experienced swimmers while others were not and that was something they needed to overcome and work with.

“One person in our team had only been in a boat once and unfortunately for him, it had sunk, so going sailing in a small cutter, and indeed sleeping in it, was a petrifying experience for this person. As a team, we all had to take part in sailing or even what may seem like simple problem-solving activities largely at the pace of the least efficient or confident person. Just throwing an obvious answer out there was, at times, a no-no. It makes you think about how you approach those scenarios at work, in that you have to bring everyone along with you regardless of their skill level,” she says.

Before everyone embarked on the Outward Bound course they had to do what is known as a ‘360’ where work colleagues who are professionally above, below, or at the same level, provided anonymous feedback on their experience with the Outward Bounder. A client’s perspective was also sought.

“Some people were really upset by the feedback they received, which was given to everyone on the first day. It’s free and frank so you’re not going to like it all. Some of it was really kind though, it got you thinking about how others viewed you and what they saw to be your strengths,” she says. Personality types were also assessed and Sarah came back as ‘a doer’, meaning that she liked to get things done.

“What you learn is that you need a mix of personalities to have a really effective working group. Outward Bound teaches you this.“Some people find it hard to work with doers because they prefer to spend more time assessing options or risks,” she says. Reflecting on those skills in relation to her work, Sarah says she learned that as a leader she needs to step back and allow the people in her team to put forward their view so that they can have a healthy debate and collectively work out a way to solve a problem or create a project. 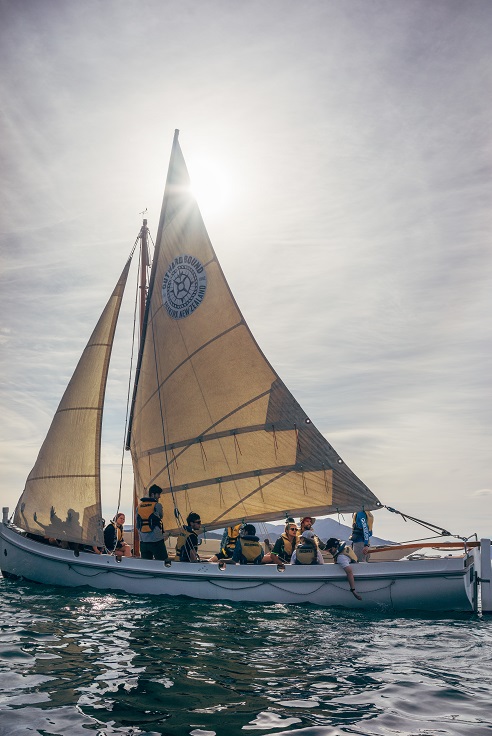 Morning runs and dips in the sea to start the day

Every morning of the adventure required a vigorous start to the day with aerobics, a run and a swim in the ocean.“All before 7 am. It was September so the water wasn’t too warm, but certainly a kick-start to the day,” she says.

The team also tramped together, did some orienteering, blind rock climbing, high ropes, sailing and slept in various places including on board a classic 10-metre ‘cutter’ which did not have a cabin. It was a tight fit with about a dozen people and Sarah says she slept sitting up that night. You’d possibly assume that after spending the night on an open-air boat without modern comforts, it might mean some respite, but Sarah recalls the team was then thrust into a two-night solo camp-ing challenge.

“I was quite nervous about that, being a people person. It seemed like a long time to be on my own and being forced to write about my thoughts,” she says. However, after days of being shoulder to shoulder with everyone, it turned out the alone time was quite liberating.“It was out on a peninsula. I think I got lucky – I affectionately named my spot the penthouse suite because I had 180-degree views of the Marlborough Sounds. I was very close to the water, a seal played out in front of me and people on boats waved as they sailed by,” she says.

Not everyone had the same view with some teammates simply surrounded by bush. All team members were provided with a sleeping bag, a bed roll and a tarpaulin for shelter, a bucket and a limited amount of rations. And of course, paper for writing. “We were meant to stay within a 10-metre radius of our spot – there were plenty of birdcalls between the group members during those nights."

"It rained for 24 hours but I enjoyed it. You get quite deep in that you begin to really think about everything that you’ve learned all week. You also had to write yourself a letter, which Outward Bound send to you six months after the course. It was all about looking at your goals and values, reminding yourself what's important to you. It’s so easy to just return to your previous life and carry on, so receiving that letter after a long time had passed was really beneficial,” she says. 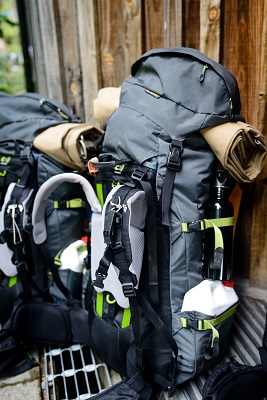 Something Sarah Scott had been contemplating before the Outward Bound course was whether she might pursue joining the partnership at Simpson Grierson.

“Outward Bound was a decisive moment. I’ve never been the best goal setter, instead grabbing opportunities and seeing where they take me. Outward Bound forced me to make some hard decisions on whether I wanted a partnership in a commercial firm. My group were focused on how we can make the most of the one life we get,” she says.

She says it was inspiring because it gave her courage, confidence and drive to go for it, and helped her with ideas for overcoming something many people experience: imposter syndrome.“Some of my colleagues have 30 years’ experience as partners. You go through thoughts such as how could they want me in the room. You’re surrounded by people that are so experienced, so exceptional and some of the best in New Zealand. I was thinking, how I could keep up with them.

This article was originally published in LawTalk, Issue 925. For current and aspiring leaders of the business world

Learn in our world, how to lead in yours.