When an organisation has set you on a new path in life, then it's logical you'll want to give something back in return, says Mayfield woman Janet Cross.

She's an Outward Bound graduate, attending a Classic course in 1989. That was at a time when she’d lost touch with some of the things that had been important during her growing years, but three weeks on Shackleton 298 watch, and she graduated with a much greater appreciation and understanding of life, Cross said.

"My course opened my eyes to a wider world and provided me the opportunity to meet and get to know people from all walks of life."

Fast forward a few decades that included marriage, three children, one grandchild and Outward Bound has retained a special place in Cross' heart. When she heard that Covid-19 was carving swathes through the Marlborough Sounds schools finances, she wanted to be part of its emergency fundraising drive.

Along with other supporters she helped raise more than $430,000 towards a goal of $500,000 that helped the school remain operational despite weeks without income.

Outward Bound's courses changed lives, Cross said, and the old stereotype of it being for sports jocks only had long gone. It now catered to people with a wide range of physical and emotional needs too.

"It's so tough for them right now and they said they may not survive without this money. This is a bit of a two-way thing as it has the feel-good factor in that you're helping someone else."

As a keen gardener, who admits to still growing enough vegetables to feed a large family, Cross decided to turn her surplus into cash, setting up a stall stocked with eggs, tomatoes, cucumbers and peppers. It was an instant hit with Mayfield residents, selling out again and again.

"It's about giving back and we all need to do this in life, however we can," she said.

When the final cash count is done, Cross hopes to top $300 as her contribution to the cause.

In the past members of her yoga classes have been the beneficiaries of her surplus produce, with any money raised going to Women's Refuge, St John and the Cancer Society. From now Outward Bound will be included on that list, she said. 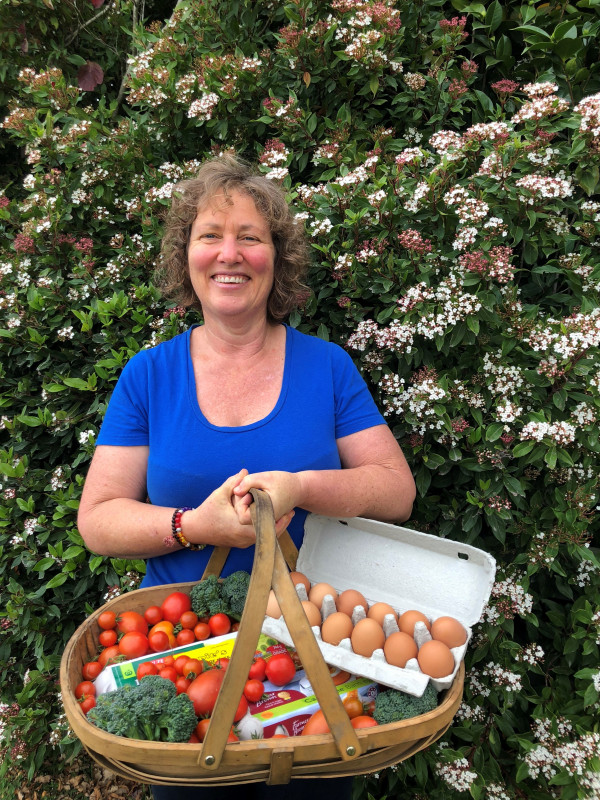